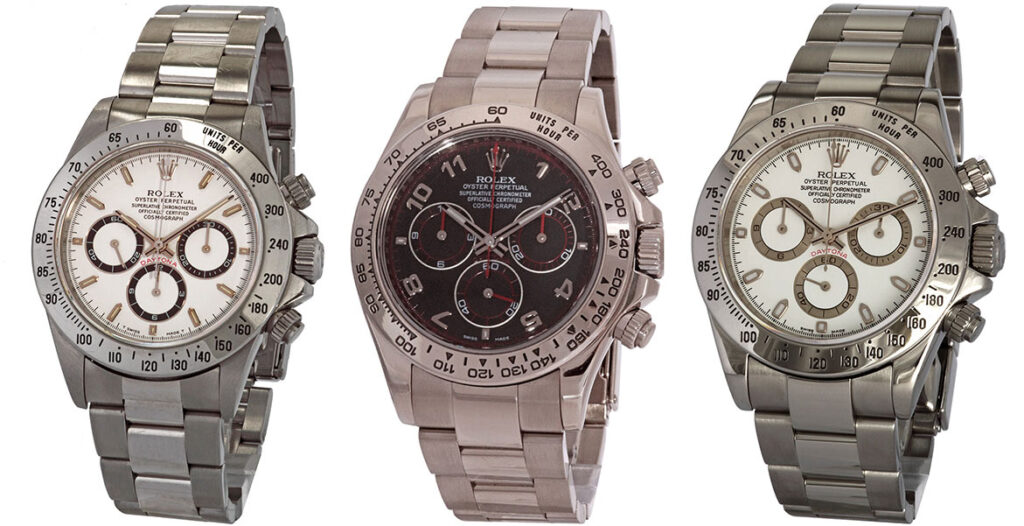 Chronographs are a favorite among the collector community. (A chronograph is a watch that also functions as a stopwatch.) While the stopwatch is now commonplace it was a revolutionary addition in the early 20th century and an essential tool for aviation, military coordination, and racing.

Beyond their practical use and mechanical elegance, they are inherently satisfying to use, with their starting, stopping and resetting push buttons.

Rolex first started making mechanical chronographs in the 1930’s. While Rolex was a popular and respected brand their chronographs were relatively ignored as other chronograph specialists like Longines and Breitling dominated the market.

The early Rolex chronographs also used outsourced movements and lacked water resistance offered by the Oyster case. It’s understandable why these were not flying off dealers’ shelves. However, this all leads to why they are so hard to find even today.

Early on Rolex chronograph production numbers were low because there was so little demand. Interestingly, once the Dayton became extremely popular Rolex cleverly chose to continue to keep production numbers low to preserve its high demand and revered status. 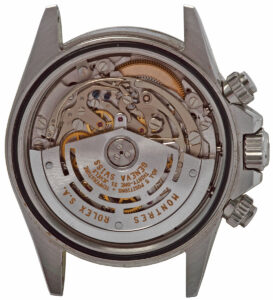 The Daytona is also a more complex watch than most of the other Rolex models. Its movement is not shared with any of the other watches making production more complex and controlled. To buy a new Rolex Dayton involves several years on a waiting list; they are just that sought after.

History of the Daytona

In 1955 Rolex introduced reference 6234, a manual-wind chronograph in an oyster case, which is considered a precursor to the Daytona. Then in 1963 the reference 6239 was introduced with the name Cosmograph (which still appears on all Rolex Dayton watches). From 1963-1965 the pre Daytona watches were actually named Rolex Le Mans, referring to the prestigious 24 hour race. The name Daytona didn’t actually debut until the 1965 ref. 6240 which featured the: Oyster case, screw-down timing buttons, and winding crown. 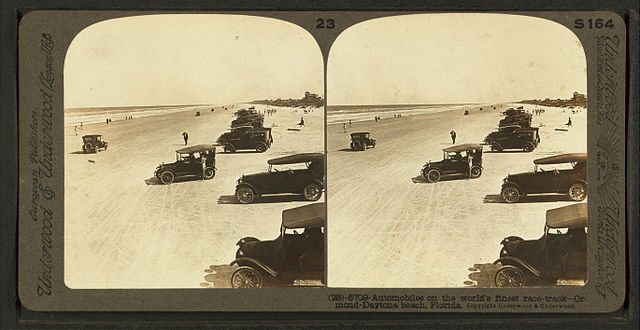 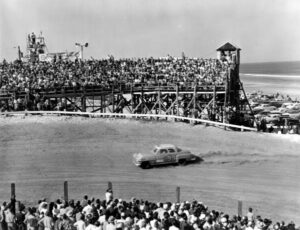 All the while, auto races had been taking place right on the beach in Dayton, FL since 1902. Many speed records were set in Daytona and it became famous around the world. As racing continued to grow in popularity the raceway added a curve, so half of the track was on the beach and half was asphalt along the oceanfront. Eventually, in 1959, the Dayton International Speedway all asphalt racetrack, was created. It was here that Rolex became the official timekeeper.

The Rolex Cosmograph Dayton wrist watch was specifically tailored and designed as a timing tool for racecar drivers. It allowed racers to measure time elapsed and calculate average speed. At this point the Dayton started gaining popularity and crossing over into the mainstream due to its precision, durability and the respected reputation of Daytona. Paul Newman, at the time the most famous movie star in the world, played a large role as well. The beloved actor and race car driver was gifted the art deco style, bicolor dial, Daytona by his wife. He wore it practically every day and it became so well known that it is actually known as the Paul Newman dial.

The first series boomed in popularity and continued to be in such high demand it was difficult to find for purchase. 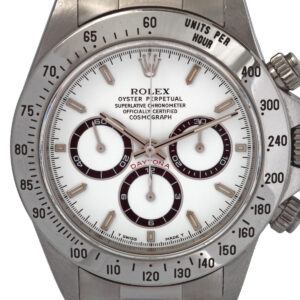 Produced in limited quantities from 1988 to 2000, the second series Daytonas used a sapphire crystal (improving on the acrylic crystal of the original series); the case diameter also increased from 37 mm (1.5 in) to 40 mm (1.6 in) for the second series.

For the third series, introduced in 2000, Rolex made a major internal change and produced the movement ih-house (designated Calibre 4130). The third series are officially certified (by the Contrôle Officiel Suisse des Chronomètres (COSC)) self-winding chronometers .

On 26 October 2017, the Rolex Daytona (Ref. 6239) watch formerly owned by the actor Paul Newman was sold for US$17.75 million in New York, at the time making it the most expensive wristwatch.

At the Watches And Wonders Geneva watch fair 2021, Rolex revealed three new additions to the Cosmograph Daytona family, all of which feature dials crafted from meteorite. Each watch has the Chronometer certification and guarantees −2/+2 seconds accuracy per day. The watches use the Rolex’s calibre 4130 movement and boast a 72 hour power reserve.

Although the Rolex Daytona was originally developed to be a professional timing tool for drivers to use at the race track, the collection has expanded due to the watch’s tremendous popularity and association with luxury.

You can shop our selection of one of the most sought after watches in the world, the Rolex Cosmograph Daytona, here.

Icons and Celebrities who wear a Rolex Datejust